Born in London, England of artistic parents and formally educated in both music and physics, Malcolm Cecil became a musician, arranger, composer, record producer and audio engineer, while simultaneously pursuing a career as a technical consultant to numerous film and recording facilities throughout the world. He also lectures on music and technical topics at schools and colleges in the United Kingdom, Africa and USA. 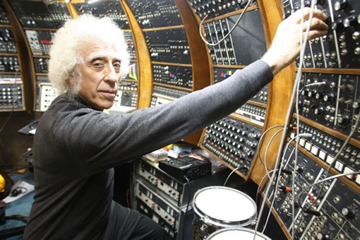 Malcolm Cecil at the controls of TONTO

An expert in archiving and restoration, he recently discovered and restored a rare and valuable 1957 live recording of Miles Davis in concert that was released on CBS Records as "Miles Davis-Round About Midnight- Legacy Edition."