Sponsored by the Ulster Community College Foundation, The Poetry Forum is an annual event which brings well known and award winning poets to SUNY Ulster.  In 2007, the program was renamed the Ellen Robbins Poetry Forum to honor the memory of Ellen Robbins (1952-2006) who was on the faculty at SUNY Ulster from 1994 until 2006, and Chair of the English department, 2002-2006. 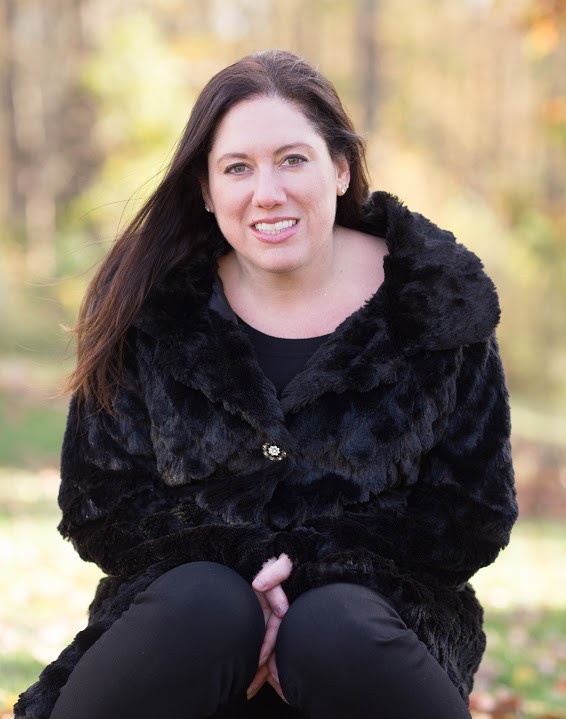 Erika Meitner is the winner of the 2018 National Jewish Book Award for Poetry and author of six books of poems: Useful Junk; Holy Moly Carry Me; Inventory at the All-Night Drugstore; Makeshift Instructions for Vigilant Girls; and Ideal Cities, which was a 2009 National Poetry series winner; and Copia. Her poetry and prose have been widely anthologized. Born and raised in Queens and Long Island, NY, Meitner is a first-generation American: her father is from Israel; her mother was born in a refugee camp in Germany, which is where her maternal grandparents settled after surviving the Holocaust. Meitner is currently a professor of English at Virginia Tech. 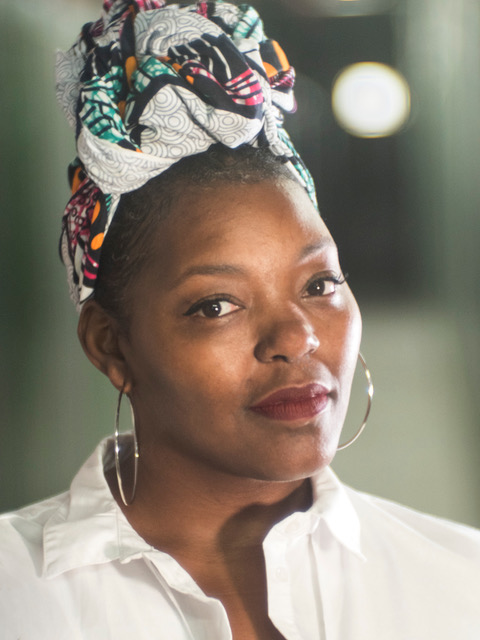 Register for the Event

Mahogany L. Browne is a writer, organizer, educator, and spoken word poet. She is the author of the YA poetry book Black Girl Magic, and the children’s book Woke Baby. Her poetry collections include Kissing Caskets and Redbone. She co-edited the poetry anthology The Breakbeat Poets Vol. 3: Black Girl Magic and is at work on WOKE: A Young Poets Guide To Justice. Browne is the recipient of numerous literary fellowships and has appeared on BuzzFeed Live, HBO & PBS NEWShour. She is the Artistic Director of Urban Word NYC and the Poetry Coordinator at St. Francis College’s MFA Program. She resides in Brooklyn, NY. 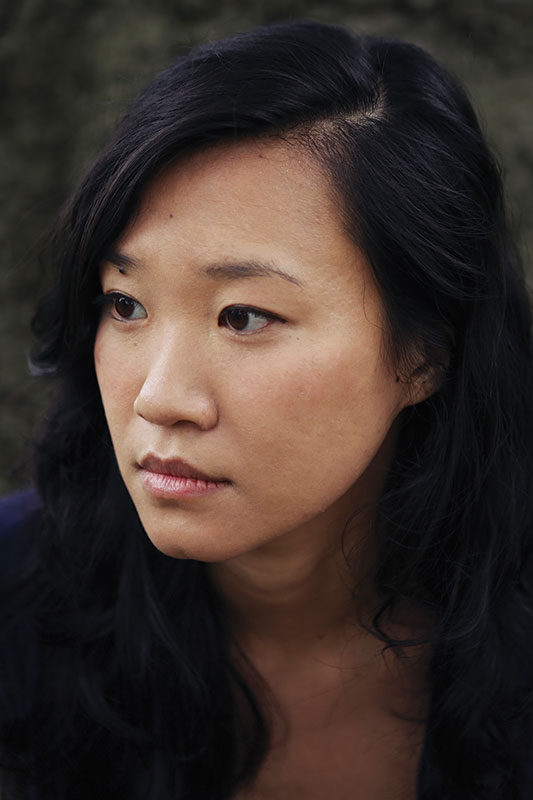 Jenny Xie was born in Hefei, China, and raised in New Jersey. She is the author of Eye Level (Graywolf Press, 2018), selected by Juan Felipe Herrera as the winner of the 2017 Walt Whitman Award of the Academy of American Poets and a finalist for the 2018 National Book Award.

About Xie’s poetry collection, Eye Level, the former U.S. Poet Laureate Juan Felipe Herrera writes: “We go places; we enter multiple terrains of seeing; we cross cultural borders of time, voices, locations—of consciousness. Then—we notice we are in a trembling stillness with all beings and all things. Jenny Xie’s Eye Level is a timely collection of beauty, clarity, and expansive humanity.” 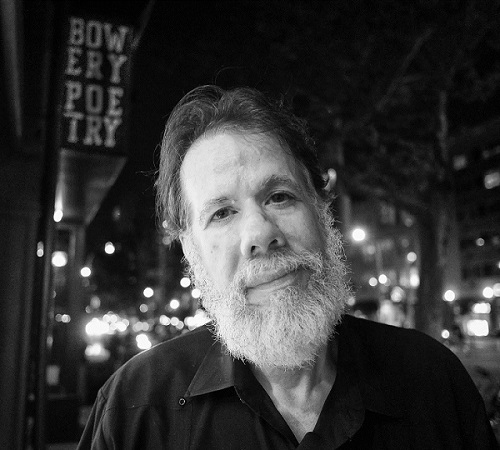 Martín Espada was born in Brooklyn, New York in 1957. He has published almost twenty books as a poet, editor, essayist and translator. His latest collection of poems from Norton is called Vivas to Those Who Have Failed (2016). Other books of poems include The Trouble Ball (2011), The Republic of Poetry (2006), Alabanza (2003), A Mayan Astronomer in Hell’s Kitchen (2000), Imagine the Angels of Bread (1996), City of Coughing and Dead Radiators (1993), and Rebellion is the Circle of a Lover’s Hands (1990). His many honors include the Shelley Memorial Award, the Robert Creeley Award, the National Hispanic Cultural Center Literary Award, an American Book Award, the PEN/Revson Fellowship and a Guggenheim Fellowship. The Republic of Poetry was a finalist for the Pulitzer Prize. The title poem of his collection Alabanza, about 9/11, has been widely anthologized and performed. His book of essays, Zapata’s Disciple (1998), was banned in Tucson as part of the Mexican-American Studies Program outlawed by the state of Arizona, and has been issued in a new edition by Northwestern University Press. A former tenant lawyer in Greater Boston’s Latino community, Espada is a professor of English at the University of Massachusetts-Amherst. -Bio and photo from martinespada.net 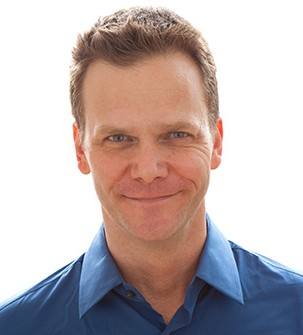 Since 1998, over one thousand people have become teachers after reading or listening to Taylor Mali’s passionate poems about his experiences teaching middle school, high school, and college. To mark the achievement, he donated 12 inches of his hair to the American Cancer Society.

Since 1998, over one thousand people have become teachers after reading or listening to Taylor Mali’s passionate poems about his experiences teaching middle school, high school, and college. To mark the achievement, he donated 12 inches of his hair to the American Cancer Society. To learn more about Taylor Mali, visit his website taylormali.com. 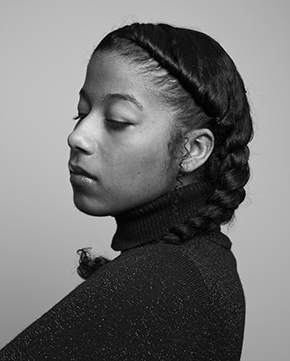 Aja Monet was the youngest individual to win the Nuyorican Poet’s Café Grand Slam title at the age of 19. She is recognized for combining her spellbinding voice and powerful imagery on stage, captivating audiences in the United States, France, the UK, Austria, Belgium, the Netherlands, Bermuda, and Cuba. Monet has performed at the Town Hall Theater, the Apollo Theater, the United Nations in New York City, and the NAACP’s Barack Obama Inaugural Event in Washington, D.C. In 2014, she was awarded the YWCA of the City of New York’s ONE TO WATCH AWARD—an award in honor of Monet’s work to honor women under the age of 30 who exemplify the mission of the organization, to empower women and eliminate racism. To learn more about Aja Monet, visit her website ajamonet.com. 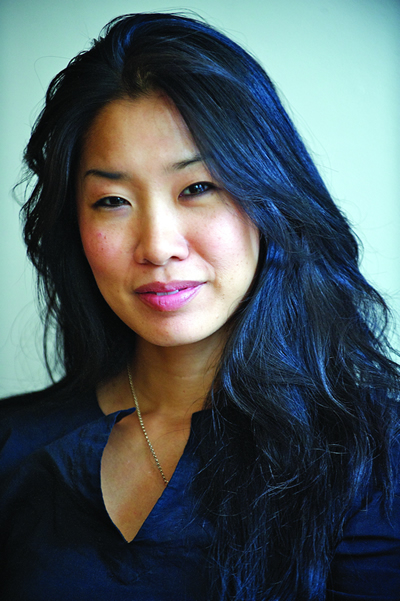 Tina Chang is the first woman named as Brooklyn Poet Laureate. She is the author of the poetry collections Half-Lit Houses and Of Gods & Strangers; and co-editor of the acclaimed W.W. Norton anthology, Language for a New Century: Contemporary Poetry from the Middle East, Asia, and Beyond.

Her poems have been published in American Poe, McSweeney’s, The New York Times, and Ploughshares among others. She has received awards from the Academy of American Poets, and New York Foundation for the Arts, Poets & Writers. She teaches poetry at Sarah Lawrence College and is also a member of the international writing faculty at the City University of Hong Kong, the first low-residency MFA program to be established in Asia.

To more more about Tina Chang, visit her website tinachang.com.

Tuesday, April 22, 2014
1:15 p.m. in the College Lounge
Joe Donahue, host of WAMC's Book Show and Roundtable, will interview the author and moderate the audience discussion. 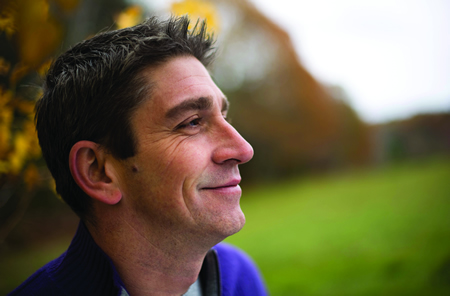 Born in Madrid, Blanco immigrated as an infant with his Cuban-exile family to the U.S. A practicing engineer, writer and poet since 1991, Blanco has lived and worked throughout Europe and South America. He has taught at Georgetown University, American University, Writer’s Center and Central Connecticut State University.

Blanco is the author of Books One Today (2013), Boston Strong (2013), and For All of Us, One Today: An Inaugural Poet’s Journey (2013), Looking for the Gulf Motel (2012),Directions to the Beach of the Dead (2005), and City of a Hundred Fires (1998). He has received numerous honors for his writings and performances. His poems have appeared in countless literary journals and anthologies.

In 2013, Blanco was chosen to serve as the Fifth Inaugural Poet of the United States, following in the footsteps as such great writers as Robert Frost and Maya Angelou. Blanco performed One Today, an original poem he wrote for the occasion, becoming the youngest, first Latino, immigrant and openly gay writer to hold the honor.

Following the inauguration, he continued connecting communities through occasional poetry. He has written and performed occasional poems for such organizations as Freedom to Marry, the Tech Awards and the Fragrance Awards.

In May of 2013, Blanco wrote Boston Strong, an occasional poem he performed at the TD Boston Garden Benefit Concert and at a Red Sox game at Fenway Park. Following his performances, he released a limited edition Boston Strong chapbook, with all proceeds going to those most affected by the Boston Marathon bombings. To learn more about Richard Blanco, visit his website richard-blanco.com. 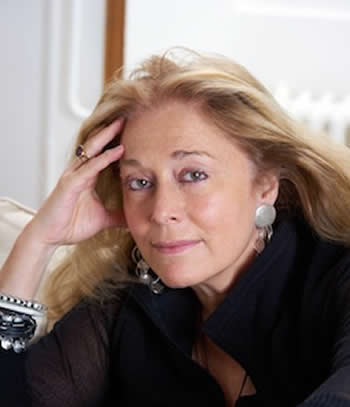 Author of numerous collections of poetry including “Selected Poems: 1974-1994” which won the 1996 Pulitzer Prize for Poetry.

With her many collections of poetry, it has been said that Jorie Graham has invented a new poetic language – at once lyrical and analytical, sensuous and philosophical.  Rejecting the conventional lyric, Graham creates poems that range across the page and across the human experiences, dramas of faith, perception and emotion.

She is currently the Boylston Professor of Rhetoric and Oratory at Harvard University.  She served as the American Chancellor of American Poets from 1997 to 2003. Learn more about Jorie Graham by visiting her website joriegraham.com. 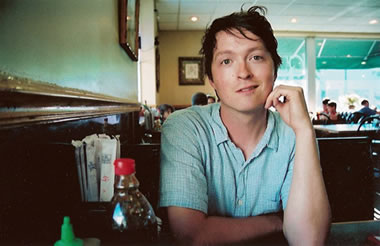 His first collection, THE END OF THE WEST, was heralded as a brilliant debut where "his poetry breathes in the entire world, its delights, cruelty, boredom and yet breathes out a prayer". Michael Dickman was born and raised in Portland, Oregon. His poems have appeared in "The New Yorker" and "The American Poetry Review". He has received Fellowships from Michener Center in Austin, Texas, the Vermont Studio Center and the Hodder Fellowship from Princeton. 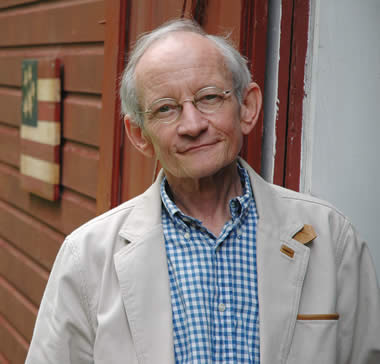 Two-time United States Poet Laureate (2004-2006) and Pulitzer Prize-winner (2005), Ted Kooser is the highly esteemed poet from Nebraska.  A professor of English at the University of Nebraska-Lincoln, Kooser is the author of eleven full-length collections of poetry. He has won numerous poetry prizes and two NEA fellowships in poetry. His work is known for its clarity, precision and accessibility. To learn more about Ted Kooser, visit his website tedkooser.net.

Charles Simic, hailed as one of America’s finest poets and a winner of the Pulitzer Prize for poetry, is scheduled to be reading his poems at Ulster County Community College's Ellen Robbins Poetry Forum on April 30, 2009.

Poet, essayist and translator, Charles Simic is the author of over 60 books, winner of the Pulitzer Prize for Poetry and recently recognized as the 15th United States poet laureate. His poetry ranges from the surreal and metaphysical to the sardonic and outrageous to the direct expressions of emotion and memory. Simic will lead a morning discussion at 10:30 am in the Student Lounge in Vanderlyn Hall, and present an evening reading of his poems at 7:00 pm. This event is sponsored by the Student Government Organization and the Ulster Community College Foundation, Inc.

Simic, born in Belgrade, Yugoslavia, in 1938, has emerged as an outstandingly original American poet, drawing on his Eastern European background for many of his images and themes. Simic’s poetry ranges from the surreal and metaphysical to sardonic and outrageous to direct expressions of emotion and memory.
Simic has produced over 60 books of poetry, several of which have won major awards. The World Doesn’t End: Prose Poems (1990) was awarded the Pulitzer Prize; Classic Ballroom Dances (1980) won the Harriet Monroe Award; Walking the Black Cat (1996) was a National Book Award finalist; Jackstraws (1999) was a New York Times Notable Book; and Selected Poems: 1963-2003 (2004) received the 2005 International Griffin Poetry Prize. He has been honored with a MacArthur Foundation Fellowship (often called the “genius award”), a Guggenheim Fellowship, the Edgar Allan Poe Award, among numerous other honors. In 1995 Simic was elected to the American Academy of Arts and Letters, and in 2000 became a Chancellor of the Academy of American Poets.

Past Guests of the Poetry Forum (by Year)