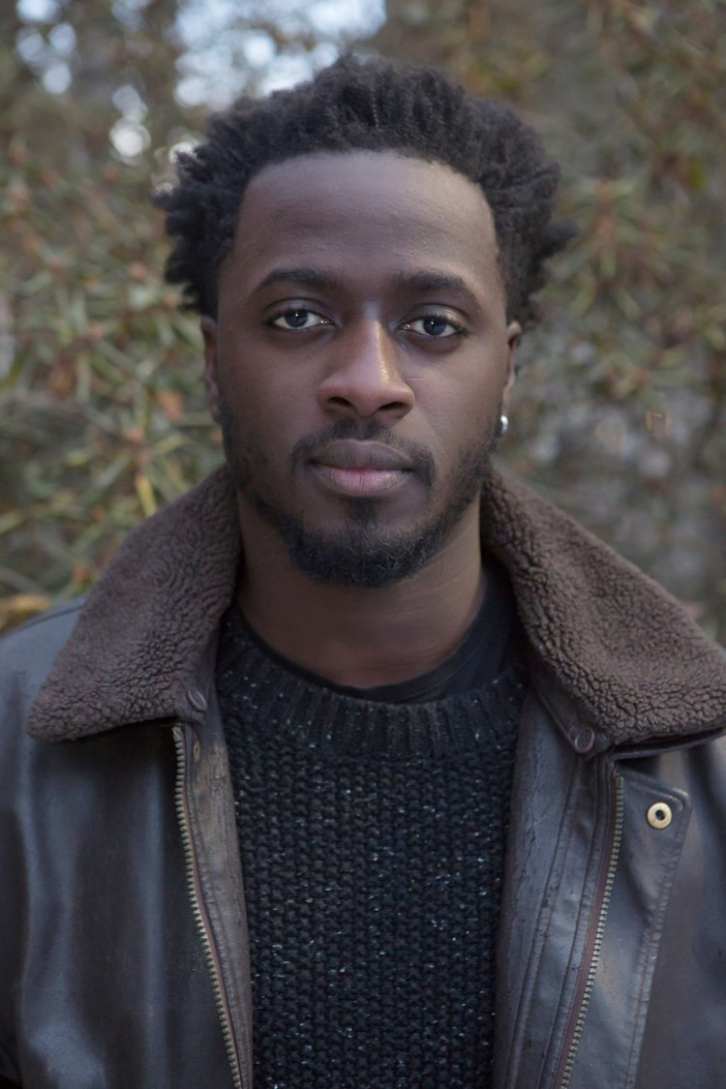 “Reading Nana Kwame Adjei-Brenyah is like being shaken awake. Adjei-Brenyah skewers the ways we brush past racism and injustice, making the absurdity of the rhetoric around both impossible to ignore.” —BuzzFeed

“Inventive, stirring, ingenious. Adjei-Brenyah is a versatile writer who creates a micro-universe with each story that explodes our expectations and takes us inside frustrated lives.” —Bernardine Evaristo

Nana Kwame Adjei-Brenyah is the New York Times-bestselling author of Friday Black (Mariner Books, 2018). Of the collection, George Saunders notes, “These stories are an excitement and a wonder: strange, crazed, urgent and funny, yet classical in the way they take on stubborn human problems: the depravities of capitalism, love struggling to assert itself within heartless systems. The wildly talented Adjei-Brenyah has made these edgy tales immensely charming, via his resolute, heartful, immensely likeable narrators, capable of seeing the world as blessed and cursed at once.”

Adjei-Brenyah’s debut novel, Chain-Gang All-Stars, is forthcoming in 2023 with Penguin Random House. About the book, Kiese Laymon says, “In a narrative world where the real is growingly more unbelievable than the make believe, Nana Kwame Adjei-Brenyah’s Chain-Gang All-Stars is an uncanny, singular feat of literature. I’ve never read satire so bruising, so brolic, so tender and really, so pitch-perfect. It’s nuts brilliant. Just read it!”

Adjei-Brenyah was selected by Colson Whitehead as one of the National Book Foundation’s “5 Under 35” honorees, the winner of the PEN/Jean Stein Book Award, and a finalist for the National Book Critics Circle’s John Leonard Award for Best First Book and the Aspen Words Literary Prize. His work has appeared or is forthcoming from numerous publications, including the New York Times Book Review, Esquire, Literary Hub, the Paris Review, Guernica, and Longreads.

Originally from Spring Valley, New York, he graduated from SUNY Albany and went on to receive his MFA from Syracuse

Moderated by Goretti Benca, Professor of English at SUNY Ulster 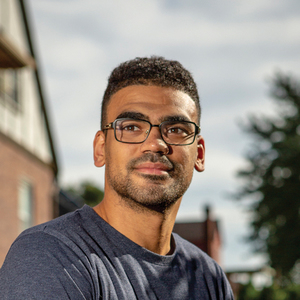 Gabriel Bump is the author of Everywhere You Don’t Belong (Workman, 2020), a New York Times Book Review Notable Book of 2020 and an Electric Lit Favorite Novel of 2020. The novel follows protagonist Claude, a young Black man born on the South Side of Chicago and raised by his civil rights–era grandmother, who tries to shape him into a principled actor for change; yet when riots consume his neighborhood, he hesitates to take sides, unwilling to let race define his life. He escapes Chicago to go to college, to find a new identity, and to leave the pressure cooker of his hometown behind. But as he discovers, there is no safe haven for a young Black man in this time and place called America.

Bump’s nonfiction and fiction have appeared in Slam magazine, the Huffington Post, Springhouse Journal, and other publications. He was awarded the 2016 Deborah Slosberg Memorial Award for Fiction. He received his MFA in fiction from the University of Massachusetts, Amherst.

He grew up in South Shore, Chicago and now lives in Buffalo, New York. 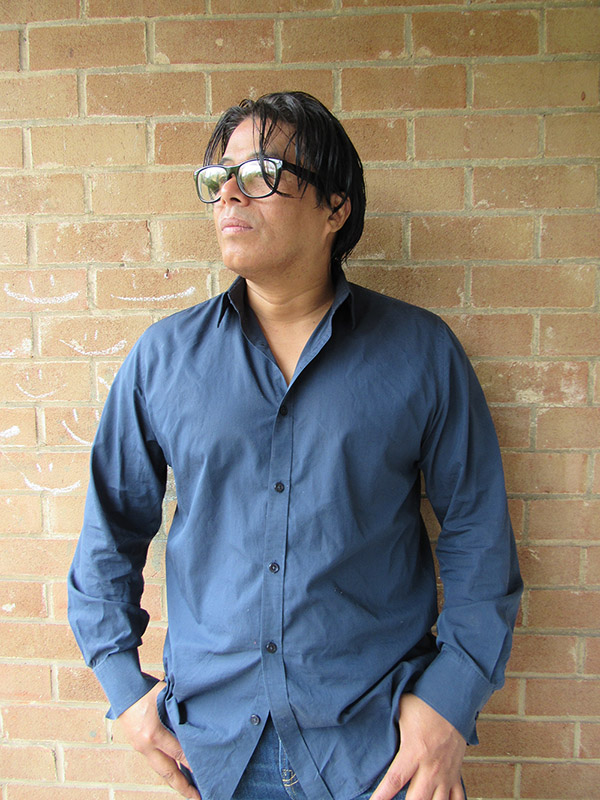 Ernesto Quiñonez is an acclaimed novelist, essayist, screenplay writer, and oral storyteller for the Moth. He was raised in Spanish Harlem, New York City, by a communist father from Ecuador and a Jehovah’s Witness mother. He is a product of public education from kindergarten to his Masters at the City College of New York where he studied under Walter Mosley. He is a Sundance Writer’s Lab fellow and last appeared in the “Blackout” episode of PBS American Experience. He is currently an associate professor at Cornell University’s MFA program. The New York Times claimed his debut novel, Bodega Dreams (Random House), a “New Immigrant Classic”, which has since gone on to become a landmark in contemporary literature and is, required reading in many high schools and colleges around the country. His second novel, Chango’s Fire (HarperCollins) was also well received, the Washington Post declared, “it succeeds in its rich characterizations of the people of the Barrio. Quiñonez ably illuminates the sordid politics of gentrification and the unexpected places new immigrants turn to for social and spiritual support.” His essays have appeared in The New York Times, Esquire, Newsweek, El Pais, Latina Magazine and elsewhere. There will be an interview, reading, and Q & A.

See the Library's page of authors.

This event is co-sponsored by Macdonald DeWitt Library and the Ulster Community College Foundation, Inc. 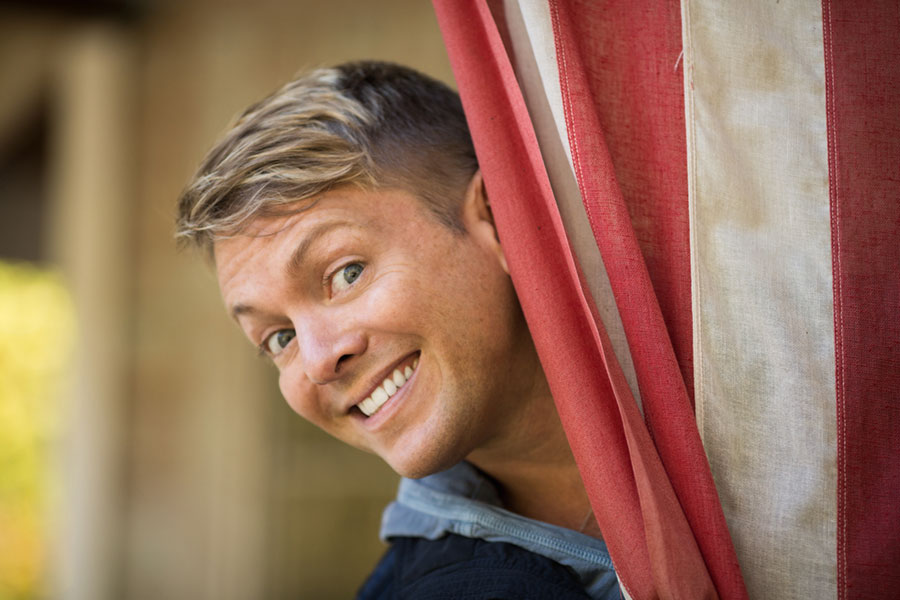 People have called Bruce Littlefield a lot of things.  The New York Times said he’s a “lifestyle authority.”  NPR deemed him a “modern day Erma Bombeck.” His high school bully called him “Brucilla.”  His story began in a small South Carolina mill town and led him to New York where he first became a model and then a best-selling author, TV personality, and arbiter of American fun. He shares his passionate curiosity (and occasional mischievousness) through his books, TV appearances and “Dinner Party Talk,” his weekly romp through American culture. Bruce has written 17 books and appeared on NBC, CBS, ABC News, FOX News, MSNBC, The Rachael Ray Show, NPR, Sirius, and numerous other programs, and has been featured in the New York Times, the Boston Globe, the New York Post, Oprah, People Magazine, OK! Magazine, Saveur, This Old House, the New York Daily News, Miami Herald, Chicago Tribune, and the Los Angeles Times.

See the Library's page of authors.

This event is co-sponsored by Macdonald DeWitt Library and the Ulster Community College Foundation, Inc. 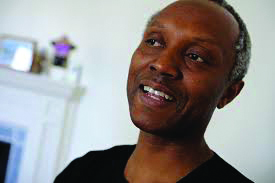 Okey Ndibe is the author of the novels Never look an American in the eye: A Memoir of Flying Turtles, Colonial Ghosts, and the making of a Nigerian American, Foreign Gods, Inc., and Arrows of Rain, and co-editor (with Zimbabwean writer Chenjerai Hove) of Writers Writing on Conflicts and Wars in Africa. Janet Maslin of The New York Times as well as Philadelphia Inquirer, Cleveland Plain Dealer, and Mosaic magazine named Foreign Gods, Inc. one of the 10 best books of 2014. The novel was also included in National Public Radio’s list of best books of 2014. To learn more about Okey Ndibe, visit his website okeyndibe.com. 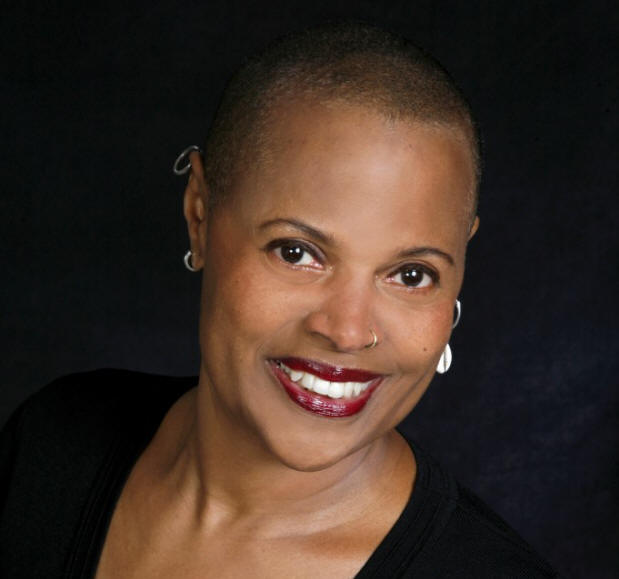 Sapphire’s presentation, poetry, novels, and the film Precious, all speak to issues of overcoming adversity and empowerment. 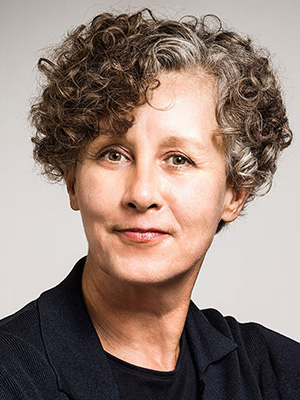 Nina Shengold, award-winning author & playwright and former SUNY Ulster artist-in-residence, will interview the authors and moderate the audience discussion. Learn more about her from her website. Learn more of the 2015 lecture.

Abigail Thomas is the author of the memoir, A THREE DOG LIFE, which was named one of the best books of 2006 by the Los Angeles Times and the Washington Post. Her memoir SAFEKEEPING was published in 2001 and WHAT COMES NEXT and HOW TO LIKE IT, Thomas' third memoir, was published this spring. Her first three books, GETTING OVER TOM, AN ACTUAL LIFE, and HERB'S PAJAMAS are works of fiction. Abigail's poetry and other works have appeared in The Nation, The Paris Review, The New York Times, The Washington Post, Tin House, and numerous literary magazines. Thomas lives in Woodstock, NY. To learn more about Abigail Thomas, visit her website abigailthomas.net.

Kim Wozencraft is the author of several critically acclaimed novels, including the internationally best-selling RUSH which was adapted to a feature film starring Jennifer Jason Leigh and Jason Patric. Wozencraft's work has appeared in The Best American Essays, Texas Monthly, The Los Angeles Times, Chronogram, and numerous literary magazines and anthologies. She is a professor of English at SUNY Ulster. To learn more about Kim Wozencraft, visit her website kimwozencraft.com. 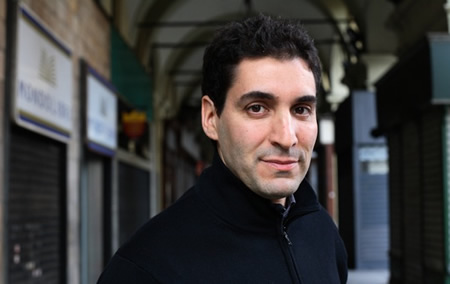 Author Saïd Sayrafiezadeh was born in Brooklyn and raised in Pittsburgh. Most recently, he wrote the story collection, Brief Encounters With the Enemy, shortlisted for the 2014 PEN/Robert W. Bingham Fiction Prize, and the critically acclaimed memoir When Skateboards Will Be Free, selected as one of the 10 best books of the year by Dwight Garner of The New York Times. He is the recipient of a 2010 Whiting Writers’ Award for nonfiction and a 2012 fiction fellowship from the Cullman Center for Scholars and Writers.

Sayrafiezadeh teaches creative writing at Hunter College and New York University, where he received a 2013 Outstanding Teaching Award. Thomas Impola, Associate Professor of English at SUNY Ulster, will interview the author and moderate the audience discussion. To learn more about Saïd Sayrafiezadeh, visit his website sayrafiezadeh.com. 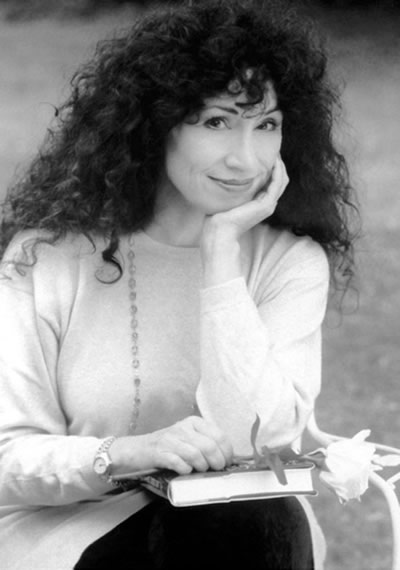 Diane Ackerman is the author of two dozen highly acclaimed works of nonfiction and poetry, including the bestselling A Natural History of the Senses.  Her most recent book, the memoir One Hundred Names for Love, was a finalist for the Pulitzer Prize, the National book Critics Circle Award, and the Books for a Better Life Award.  Her nonfiction book, The Zookeeper’s Wife, is about one of the most successful hideouts of World War II – a tale of people, animals, and subversive acts of compassion. 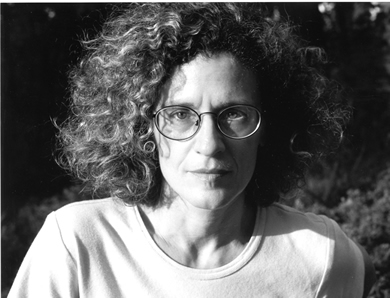 Author of the 2010 National Book Award-winning novel Lord of Misrule Jaimy Gordon graduated from Antioch College, and received her Doctor of Arts from Brown University. Gordon's second novel, She Drove Without Stopping, brought her an Academy-Institute Award. Her third novel, Bogeywoman, made the Los Angeles Times Best Books List for 2000. Gordon currently teaches at Western Michigan University and in the Prague Summer Program for Writers.

National Book Award-Winning Author Jaimy Gordon to Read at SUNY Ulster .. McPherson & Co. of Kingston Published Lord of Misrule ... With her reading on Nov. 9, 2011 at SUNY Ulster, 2010 National Book Award winner Jaimy Gordon will come full circle with a local publisher who helped launch her writing career and encouraged her for years to complete her surprise winning novel, Lord of Misrule.

The Kalamazoo, Michigan author and writing professor at Western Michigan University went from being virtually unknown in the mainstream literary world to win one of the highest honors in American fiction with her sixth novel that depicts an entire world of run-down second-rate racetracks with vivid descriptions of horses.

Gordon's second novel, She Drove Without Stopping, brought her an Academy-Institute Award from the American Academy of Arts and Letters. Her third novel, Bogeywoman, made the Los Angeles Times Best Books List for 2000. She is currently working on a novel to be published by Pantheon Books Pantheon Books about a young American Jewish food writer married to a German photographer who discovers six Jews hiding in a cave since they never came back from a picnic in 1936. 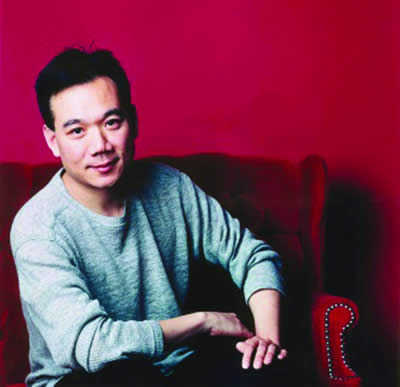 Da Chen grew up in the deep south of China.  He arrived in America at the age of 23 with $30 in his pocket, his bamboo flute and a heart filled with hope.  He attended Columbia University School of Law on a full scholarship.  His books are translated into eleven languages.

He is best known for his memoirs Colors of the Mountain and Sounds of the River.  He is the recipient of the 2007 Asian/Pacific American Award for Literature. His books are translated into eleven languages.  He currently lives with his family in upstate New York. 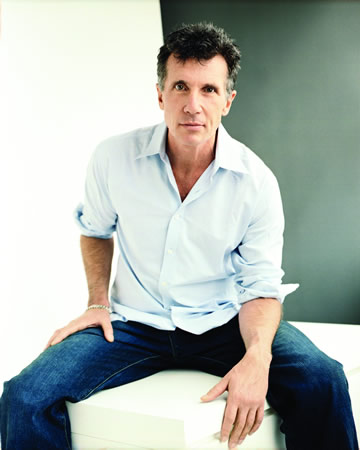 Michael Cunningham is the recipient of a Whiting Writers Award, a Guggenheim Fellowship, a National Endowment for the Arts Fellowship and a Michener Fellowship from the University of Iowa. His novel A Home at the End of the World met wide acclaim in 1990. A film version of The Hours featured Julianne Moore, Nicole Kidman and Meryl Streep. His work has appeared in The New Yorker, The Atlantic Monthly, The Paris Review and other publications.

Past Guests of the Library Writers Series (by year)