The Honorable David B. Donaldson 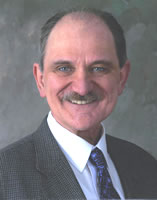 Chairman of the Ulster County Legislature, David Donaldson has set a goal for himself that defines nearly all of his endeavors, “To make a difference where a difference is needed”. His passionate belief that government can play a significant role in making that difference has sustained him through more than 20 years of government service and through challenges to his health that have been daunting.  With a leadership style that entails meeting challenges head-on, Dave Donaldson is in his third term as Legislative Chair and the county’s CEO, having been overwhelmingly appointed in 2006 and unanimously reappointed in 2007 and 2008. As chairman, he is responsible for overseeing a 318 million dollar budget and for setting policy that governs management of over 2000 employees. He is known to apply creative solutions that have a positive impact upon the county’s fiscal operation and to facilitate new methods of governance.

In his January 2006 State of the County address, Chairman Donaldson set out a plan for “Better Government at a Better Price”, that included reformed fiscal management to produce  savings, sustaining the budget below inflationary rates, maintaining transparency, and improving services through consolidations and efficiencies. He holds a deep commitment to open dialogue that he deems essential for the county to successfully adapt to the changes that the implementation of a county charter will bring. As Chairman, he has thrown his determined support behind helping to redefine the role of the legislature and reemphasize the importance of teamwork in making the new system succeed. Through operational reforms such as the reorganization of the Environmental Management Council and the Administrator’s Office and several consolidations, he continues to propose planning initiatives that reduce costs and increase effectiveness for the benefit of county residents.

Recently, Dave has promoted investment in renewable energy pairing it with both economic development opportunities and environmental impact. Under his leadership, combined with the efforts of other legislators, a Department of Environment was created, the Recycling Law was revamped, the Open Space Plan was completed, and a Global Warming Advisory committee was formed to explore approaches to these concerns.

Dave’s political career began in 1986 when he was elected Alderman in the City of Kingston. He was first elected to the Ulster County Legislature in 1993 where he went on to become the Minority Whip in 2000 and Minority Leader in 2004. In addition to his political activities, Dave has been a high school teacher, primarily in Social Studies and Math, for more than twenty years. In 1993, he assumed a teaching position in alternative settings for the Hyde Park School District and created alternative methods of curriculum development and delivery which was used by various school districts in the Hudson Valley area. Prior to his decision to become a teacher, Dave worked for Conrail Railroad, later CSX, as a Track Foreman and a Track Inspector.

Dave Donaldson’s character trademark- tenacity- applies to all aspects of his life. One of five children raised by a working mother, he understands the challenges that many in our community face and brings compassion and commitment to solving problems on their behalf. In 2001 and 2002, Dave defied two bouts of throat cancer. He refused to accept the initially poor prognosis and chose not to listen to advice to give up both his political and teaching aspirations. Instead he sought out an experimental and extremely painful treatment to his esophagus that would allow him to speak using a prosthesis. Since that time he has not only retained his career in education but has attained the highest elected position in Ulster County.

SUNY Ulster could not have selected a more distinguished Alumnus than David Donaldson to exemplify civic leadership combined with the personal attributes that “make a difference where a difference is needed”.