To celebrate the 1976 American Bicentennial and honor their county, one of the ten original counties of New York State, forty-two Ulster County women designed and made this appliquéd quilt.
Each woman created a 12-inch block and participated in the quilting. The quilt is on display in its own custom designed case in the lobby of the Macdonald DeWitt Library, SUNY Ulster County Community College, Stone Ridge, New York. 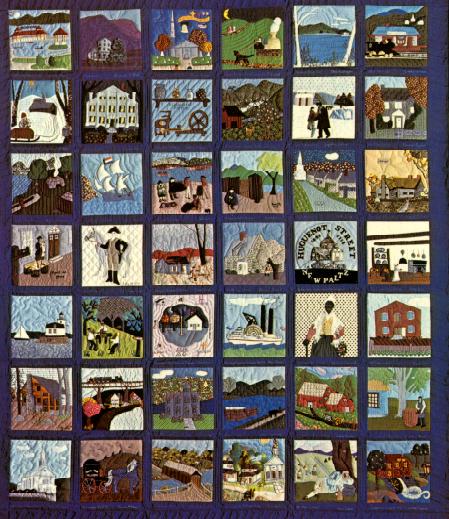 The quilt is divided into six vertical columns and seven horizontal rows. The designer's name and a description of each square, beginning at the top left, and continuing left to right, row by row, follows.