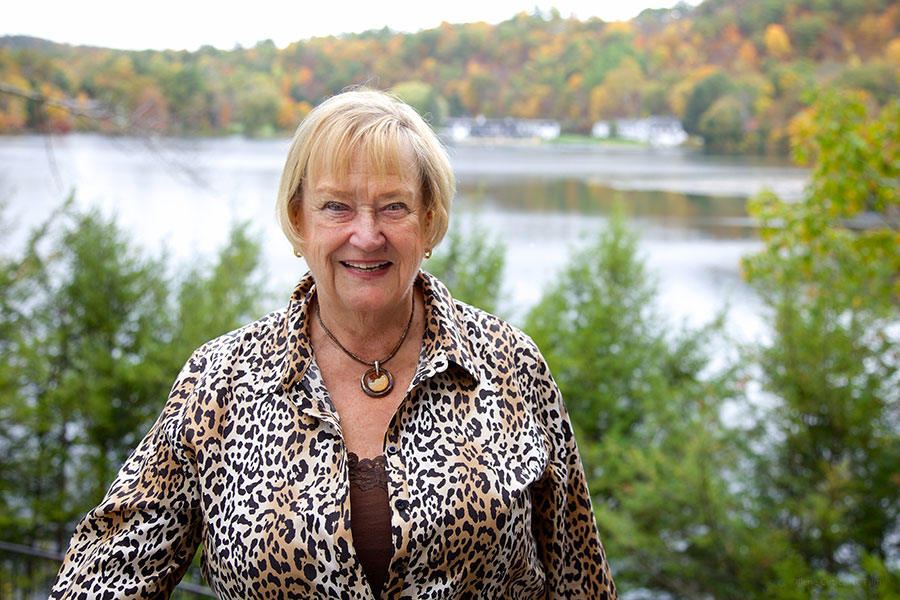 The name Anita Williams Peck has always been synonymous with caring for our community and lifting up others.  Anita, the daughter of the late Walter G. and Marianne K. Williams was a successful businesswoman, passionate about her family and community, and someone who was known to extend kindness and hospitality to everyone she met.

Beginning in 1965, Anita operated the Williams Lake Hotel, founded in 1929 by her grandfather, Gustave Williams, a Finnish immigrant. Anita took over the management of the hotel in 1987.  Anita worked tirelessly in support of plans to redevelop Williams Lake Hotel into a world-class sustainable resort community. Anita was a strong environmental steward, and in 1994 contributed over 400 acres of environmentally sensitive land to the Rondout-Esopus Land Conservancy Inc., to be preserved as "forever-wild" to benefit the community and protect wildlife habitat.  Since 2007, Anita was an owner of Hudson River Valley Tours, which provides tours through the region.

In 2007, Anita was recognized with the "Heart of Ulster County Award" for her significant contributions to Ulster County's economy. In 2013, she was the recipient of the "Sister Mary Charles Award" from the Benedictine Health Foundation in recognition of her service on the Foundation Board, and her support of the Rosemary D. Gruner Memorial Cancer Fund, the Bike for Cancer Care and the Fern Feldman Anolick Center for Breast Health. In 2016, she was honored by the Stone Ridge Library for her board service and support.

Anita was also a board member of the Ulster Community College Foundation, where she completed her third term as Chair just prior to her death in early 2019. Anita endowed three scholarships and the Anita Williams Peck Public Speaking Competition, which celebrated its 10th-year at SUNY Ulster just after Anita passed.  Anita was an inaugural donor for The SUNY Ulster President's Challenge Scholarship, a program that helps 8th-grade students to be the first in their family to graduate from college, which expanded under her leadership from 6 students to some 150 students today.

The recipient of the #BeLikeAnita Award is selected by the President of SUNY Ulster annually to recognize a member of the community who works tirelessly on behalf of others, leads by example, dedicates personal time to make the world a better place, and lives in a manner worthy of notice. 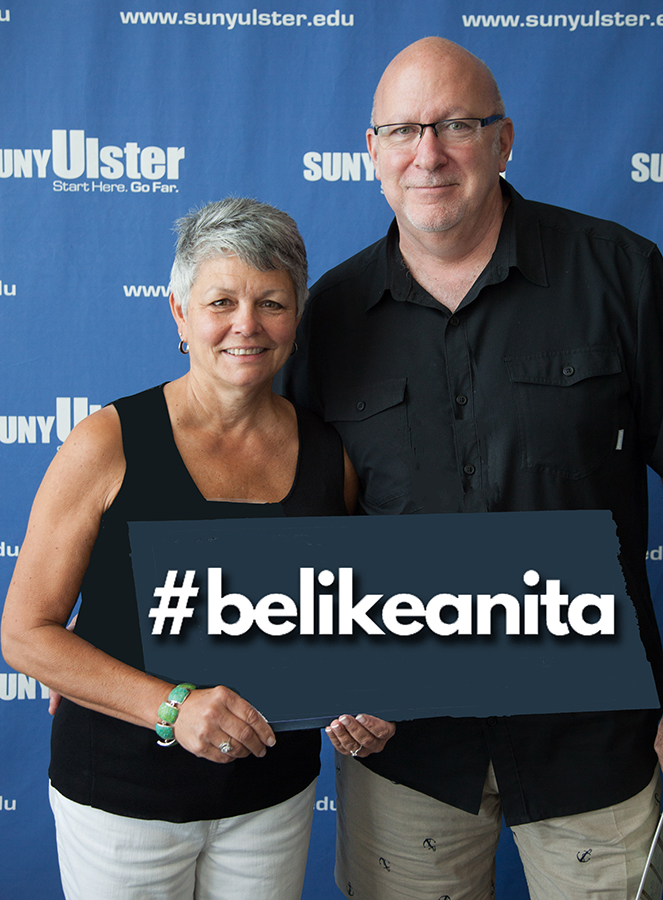 The inaugural recipients of the #belikeanita award: Tim and Laurel Sweeney!

Tim and Laurel Sweeney, consummate business professionals and strong civic leaders, have dedicated themselves to making a difference in our community and to supporting SUNY Ulster’s students. Laurel, a community college graduate, serves as Vice Chair of the Foundation Board of Directors, and has been fundraising to support our students on the Foundation Board since 2015.  Laurel has been a key player in the development and launch of the Foundation’s most recent strategic plan. Tim, past Trustee and board chair of the SUNY Ulster Board of Trustees with service from 2010 to 2017 was recognized by the New York Community College Trustees with the Marvin A. Rapp Award for Distinguished Trustee service in 2017.  His advocacy of capital projects to help SUNY Ulster’s future and his commitment to our students’ success are unparalleled.

Tim and Laurel’s leadership in championing and advocating for the President’s Challenge Scholarship has been paramount since day-one and continues today as we grow our donors in support of this life-changing program.  As PCS Ambassadors in the Rondout Valley School District, they have secured more than 37 student sponsors for Rondout and other school districts (fundraising more than $265,000) and being named as PCS Rainmakers and their efforts are not done! Giving back to their community through civic leadership and volunteerism is what Tim and Laurel are known for, as evidenced by their work for countless community boards and organizations